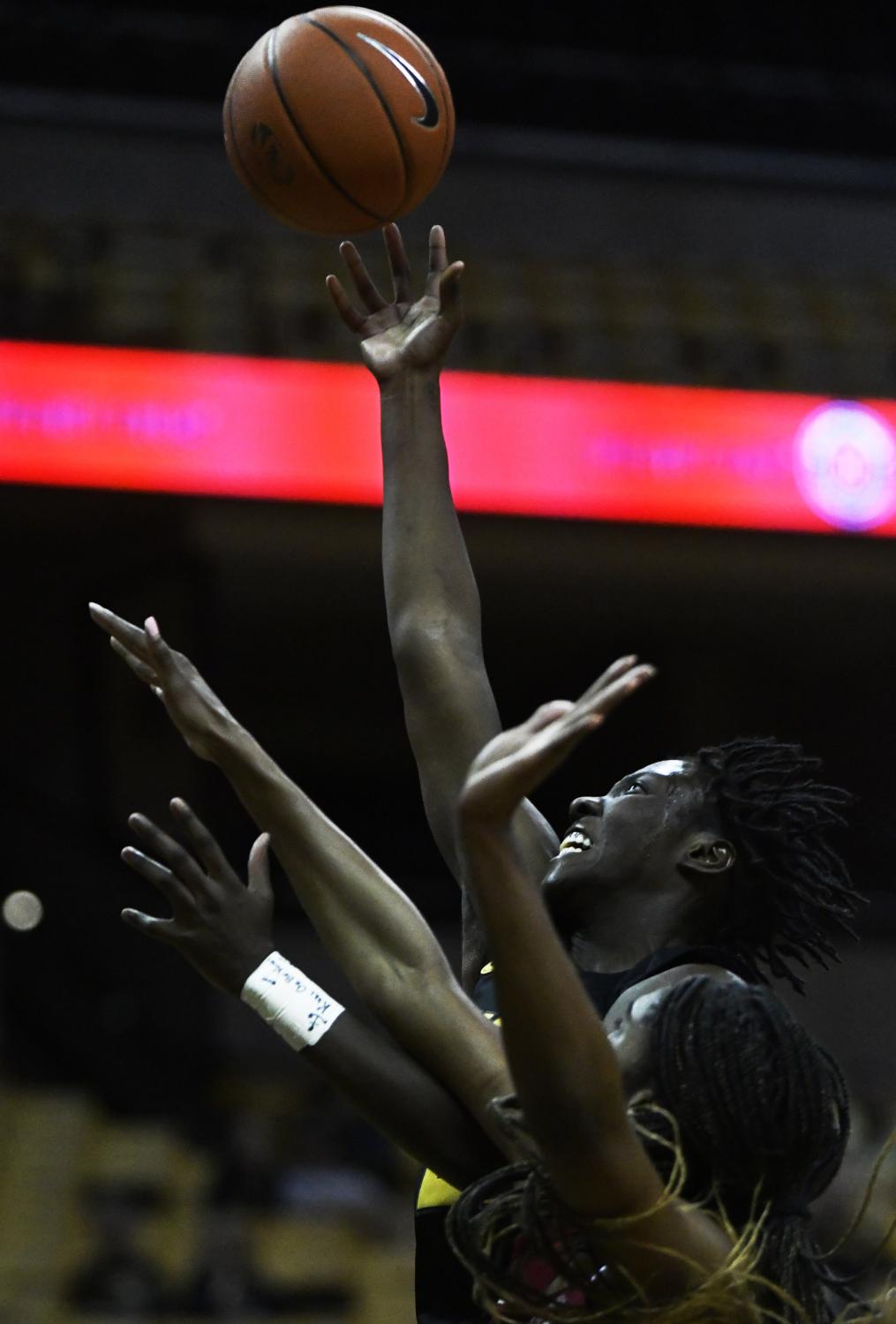 Missouri's Amber Smith makes a layup during the second half of the game on Sunday, Feb. 2, 2020, at Mizzou Arena. Missouri's next game is Feb. 6 at Georgia. The team will return to Mizzou Arena on Feb. 16. 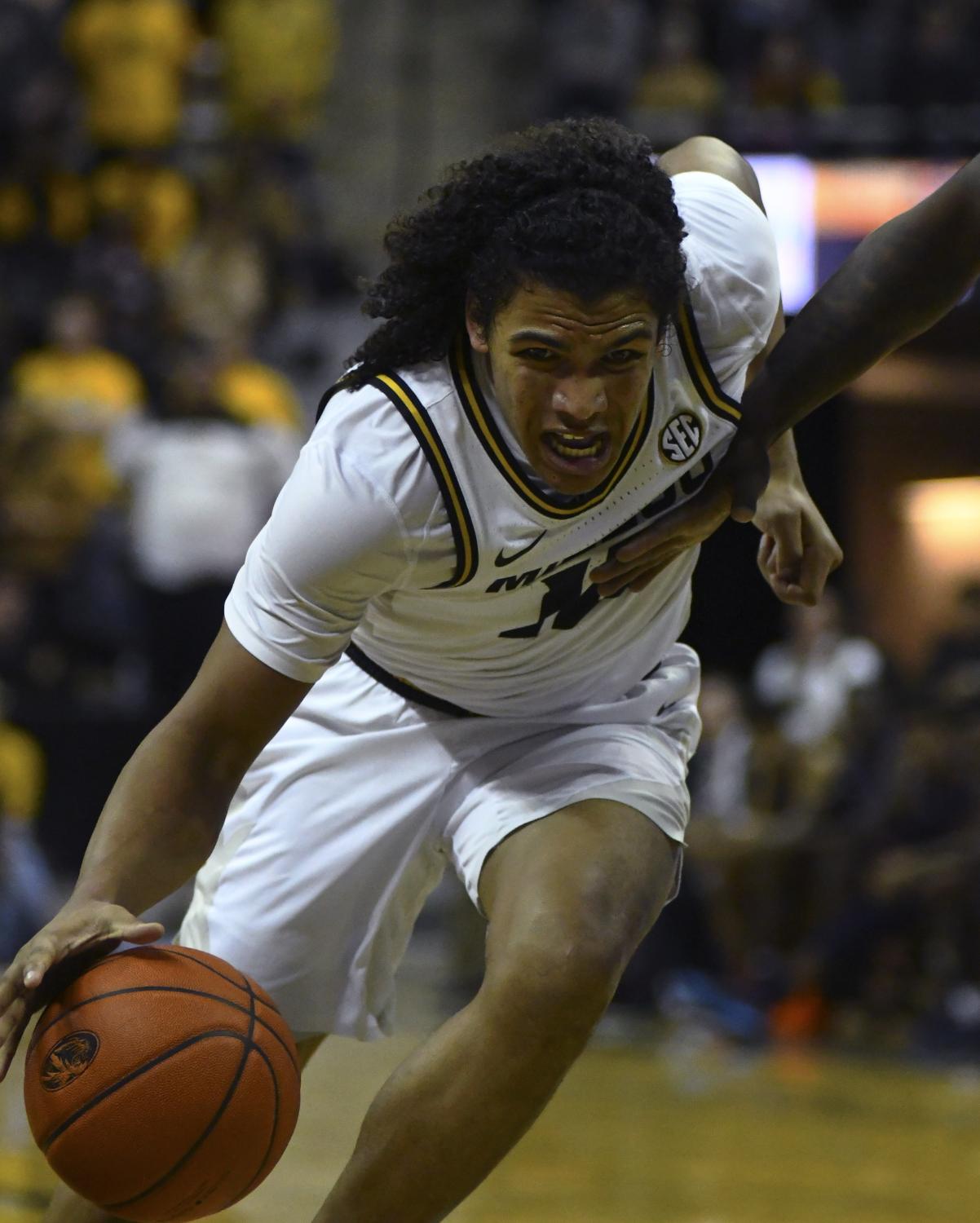 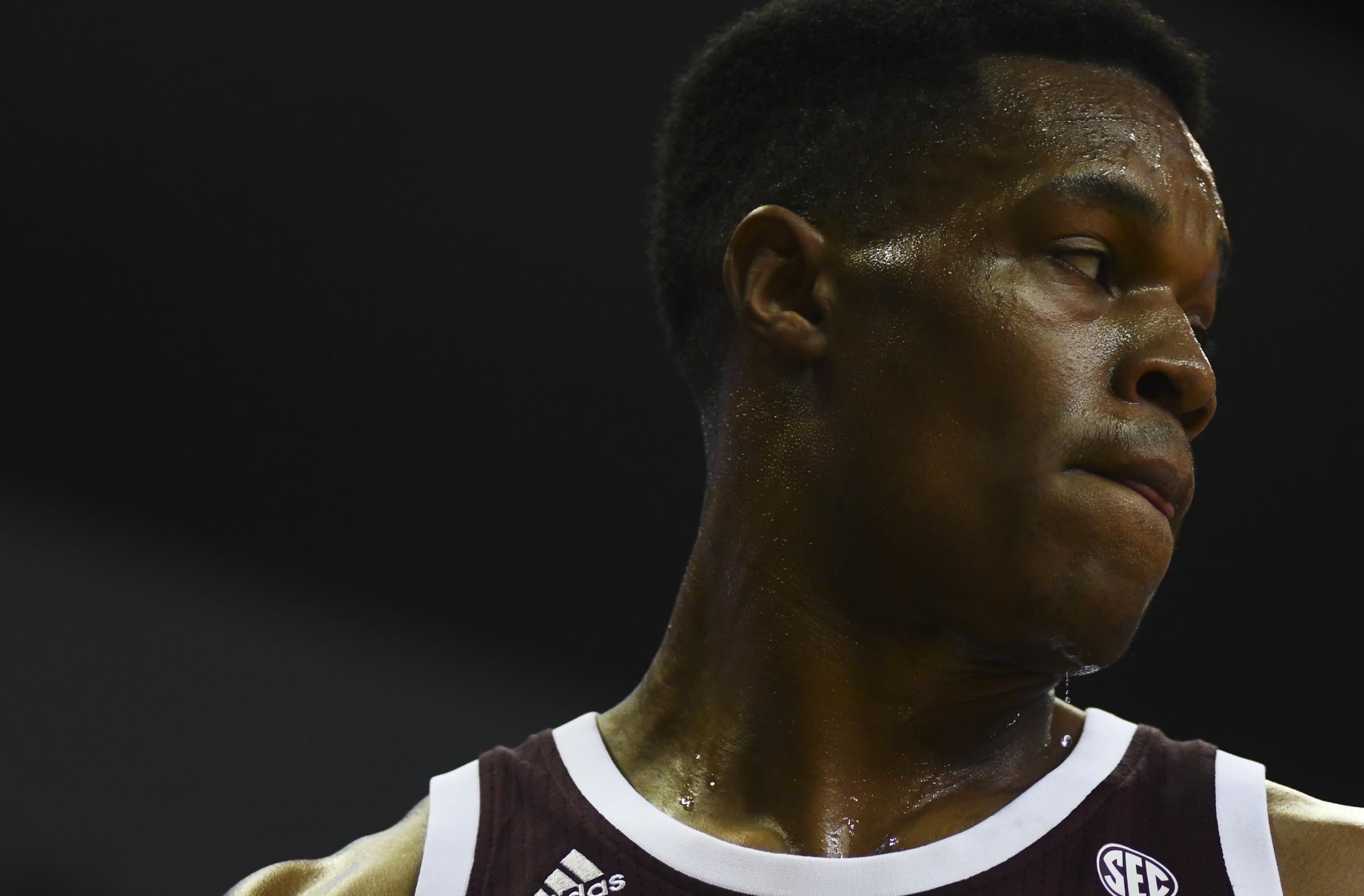 Mississippi State's Robert Woodard II walks back on the court on Saturday, Feb. 29, 2020, at Mizzou Arena. Woodard scored seven points on the game and pulled down five rebounds. 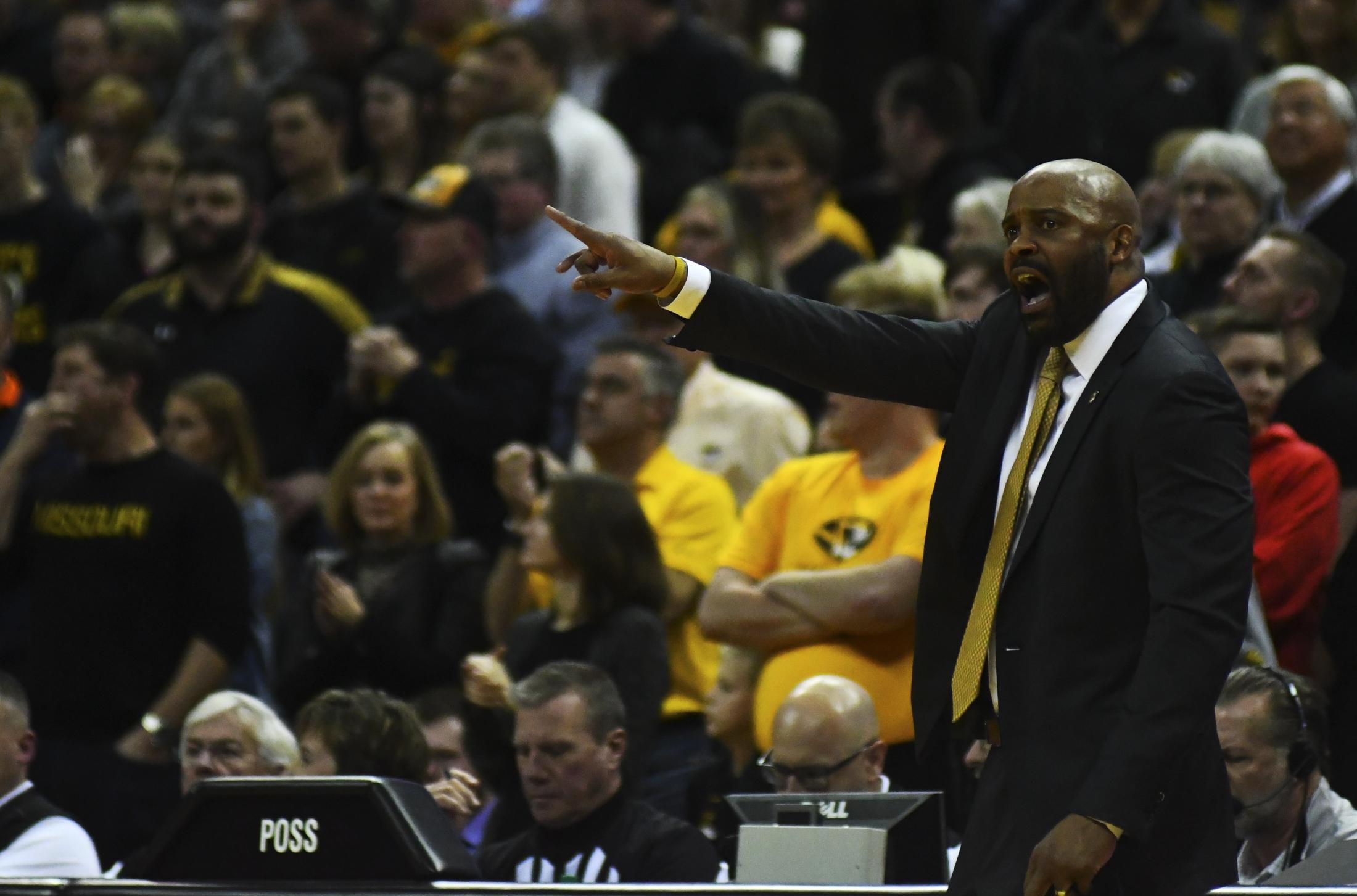 Missouri head coach Cuonzo Martin yells at his players to get back down the court on Saturday, Feb. 15, 2020, at Mizzou Arena. This is Martin's third season as head coach of the Missouri men's basketball team. 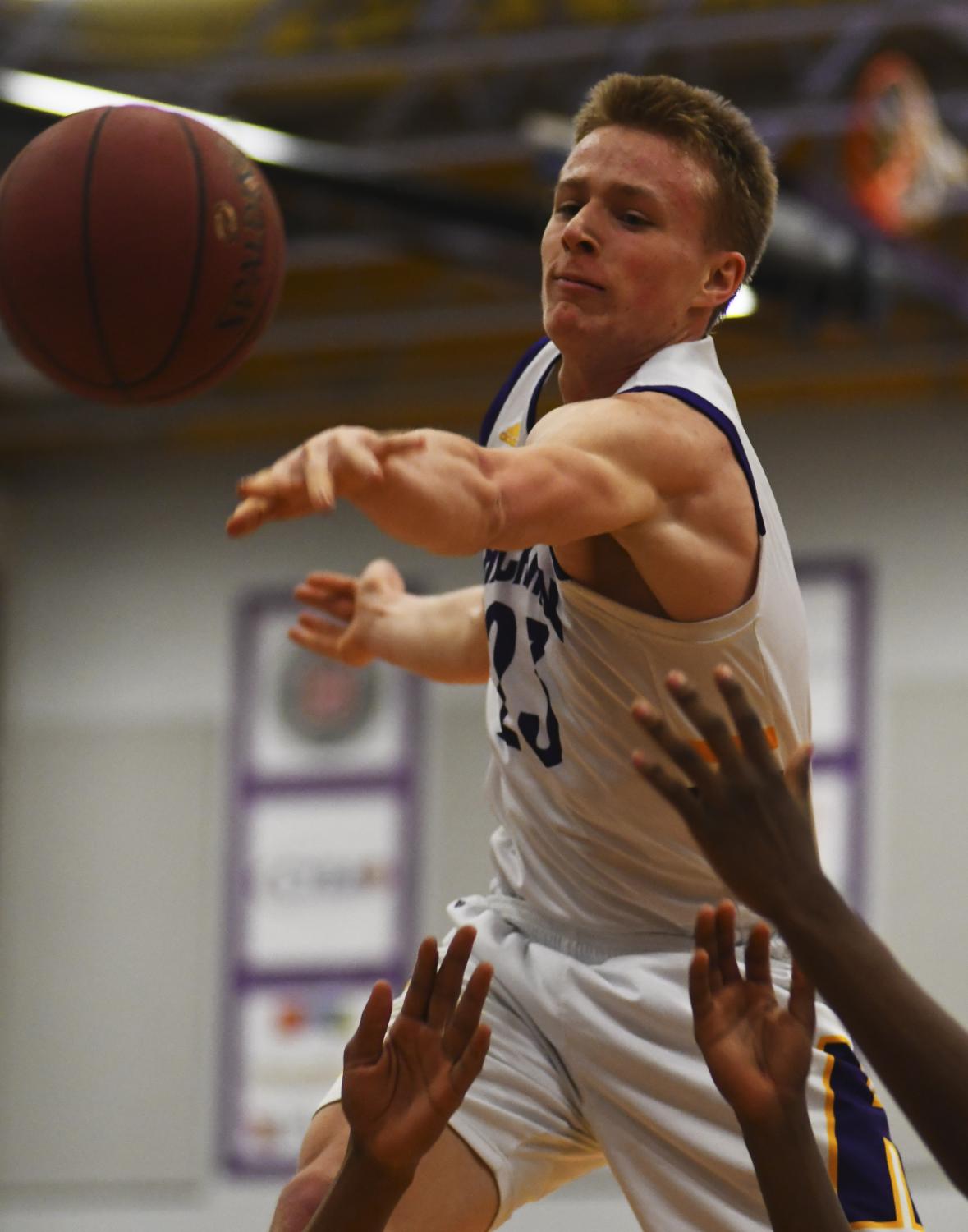 Hickman Kewpies forward Isaac Young jumps for the ball during the game against Vashon Wolverines on Saturday, Feb. 15, 2020, at Hickman High School. 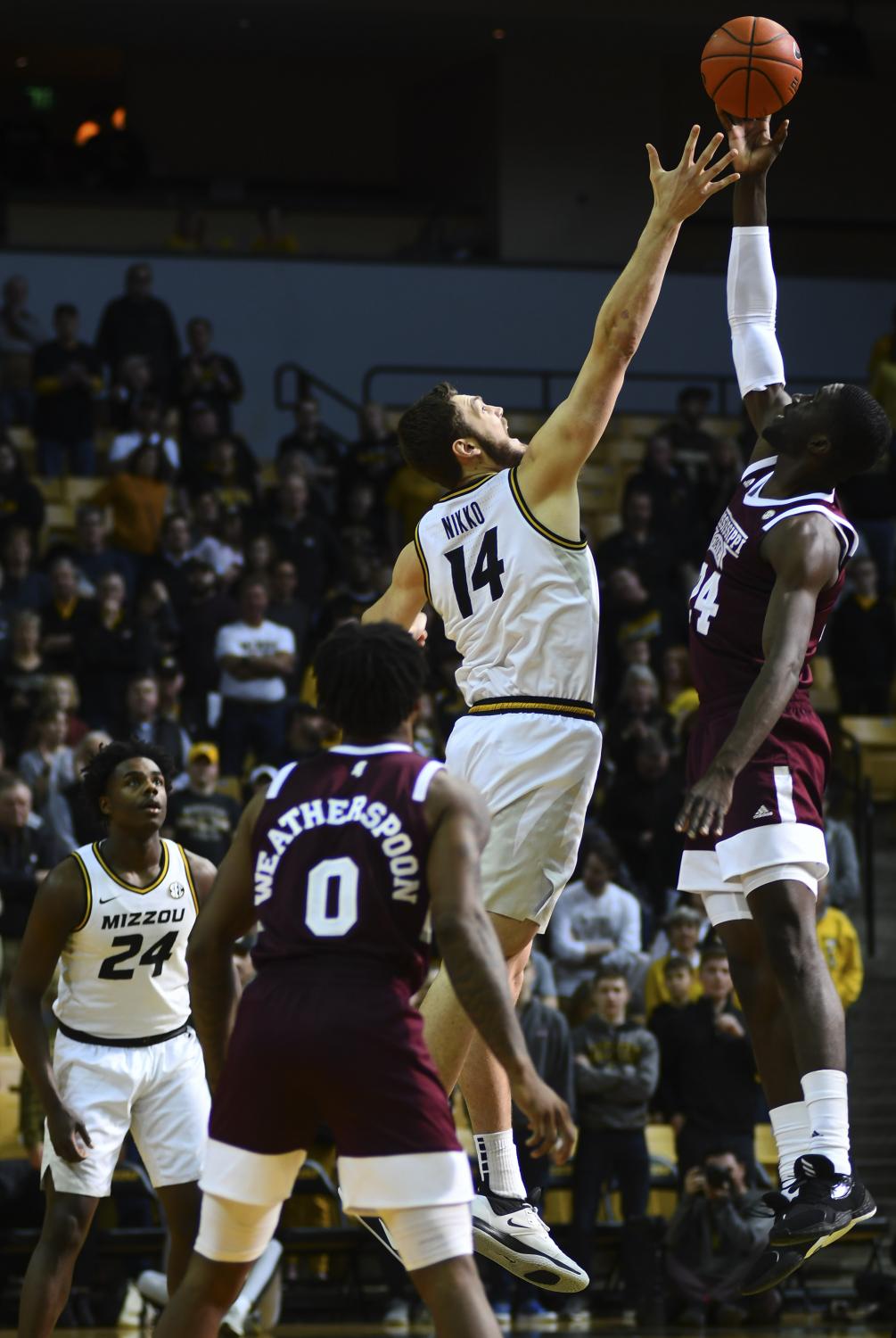 From left, 8-year-old Caleb Smith and 17-month-old Lachlen Alvis play with a basketball at the Hickman Kewpies and Vashon Wolverines game on Saturday, Feb. 15, 2020, at Hickman High School. 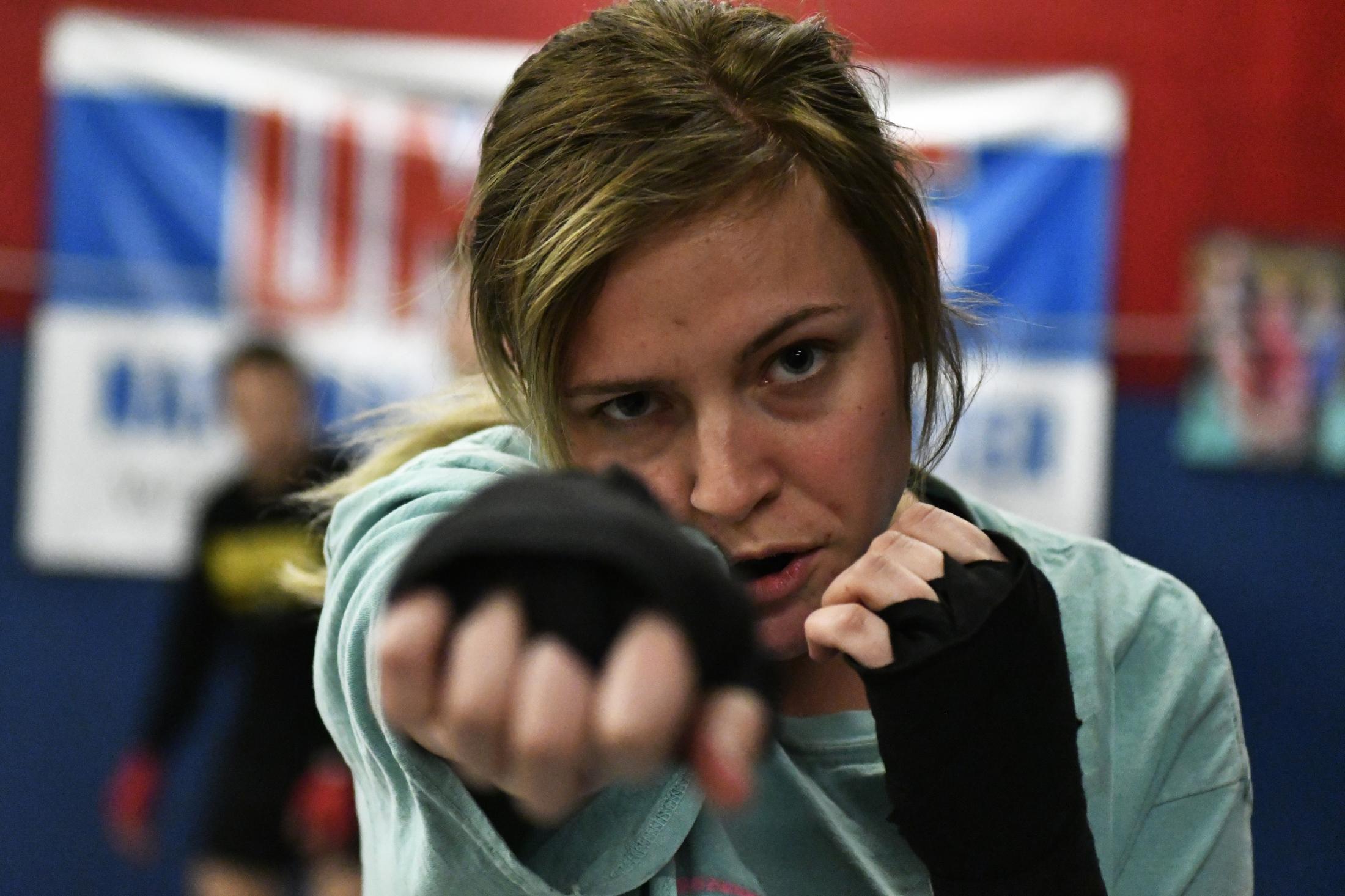 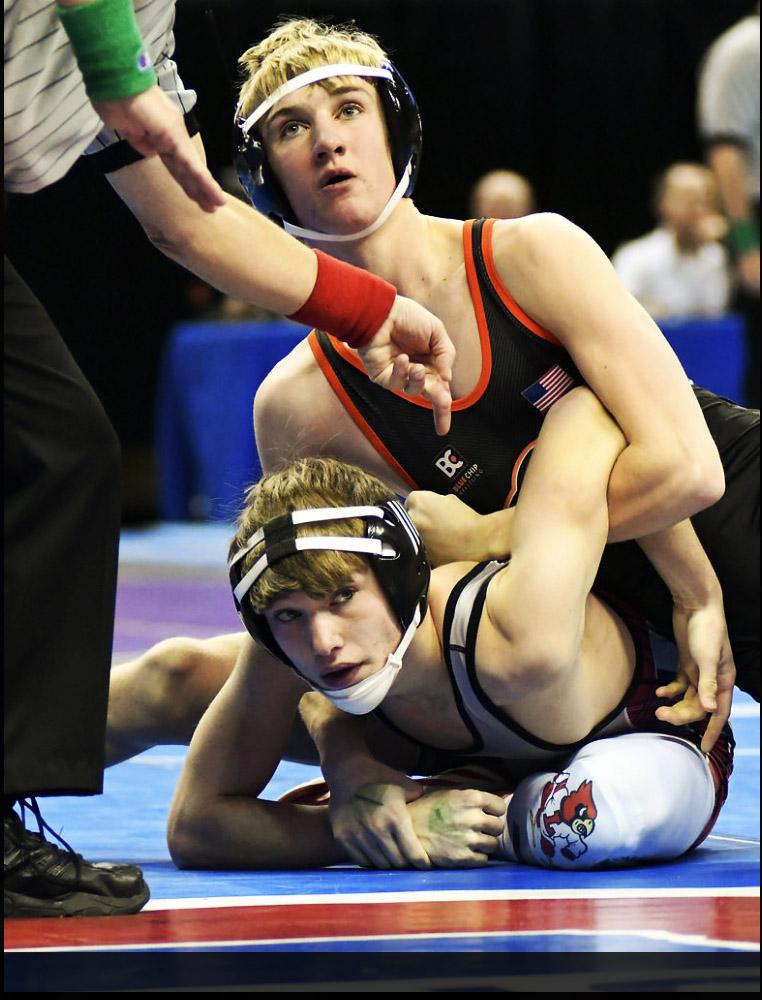 Sam Wilhelm of Knob Noster pins Noah Walters from Lawson at the MSHSAA Wrestling Championship on Thursday at the Mizzou Arena. Wilhelm won against Walters by fall in the first round of the tournament. 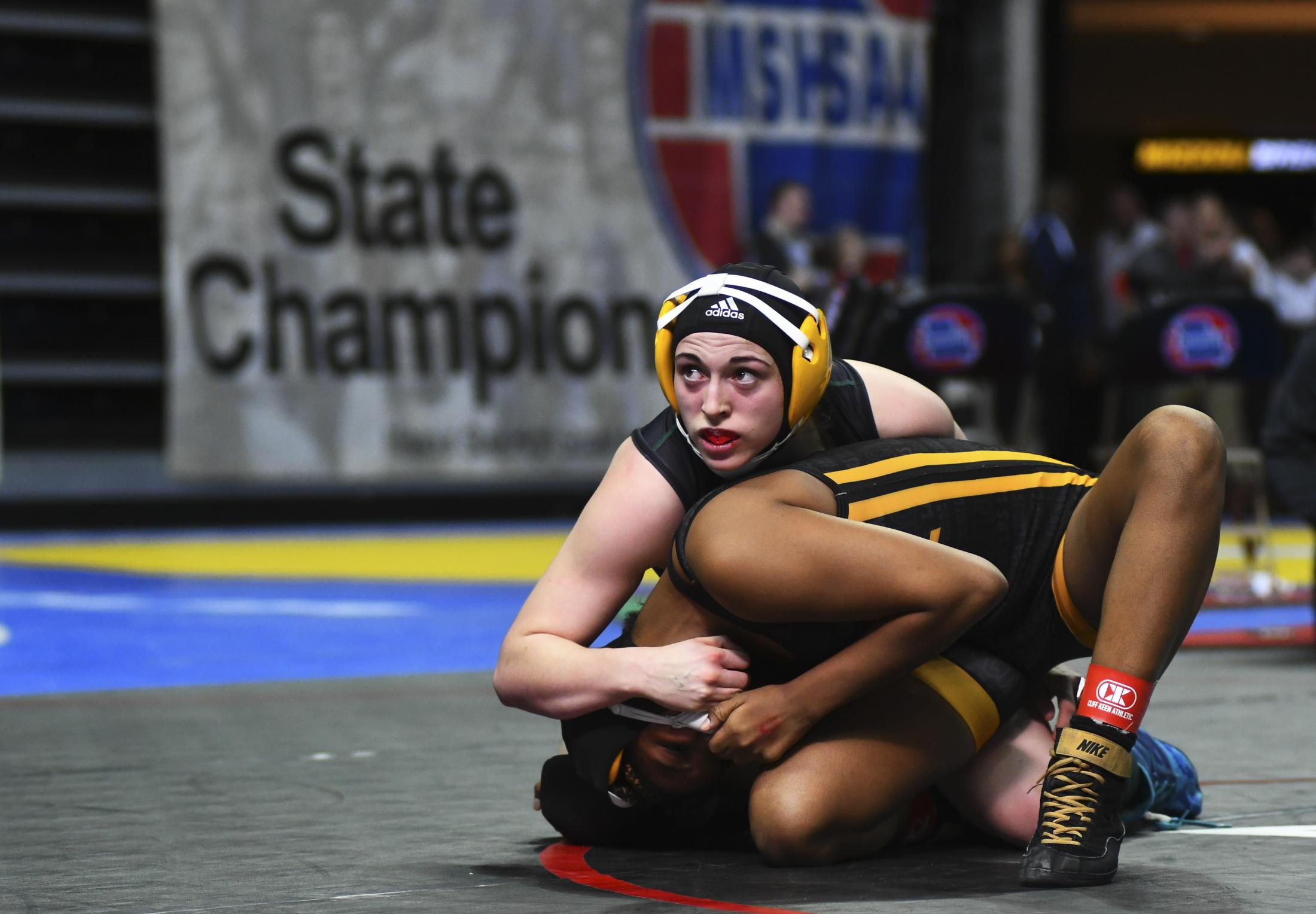 Rock Bridge's Anna Stephens puts Seraphina Blackmon of Lafayette High School, Wildwood, in a hold at the MSHSAA wrestling tournament on Friday, Feb. 21, 2020, at the Mizzou Arena. In the quarterfinal, Stephens won by decision over Blackmon. 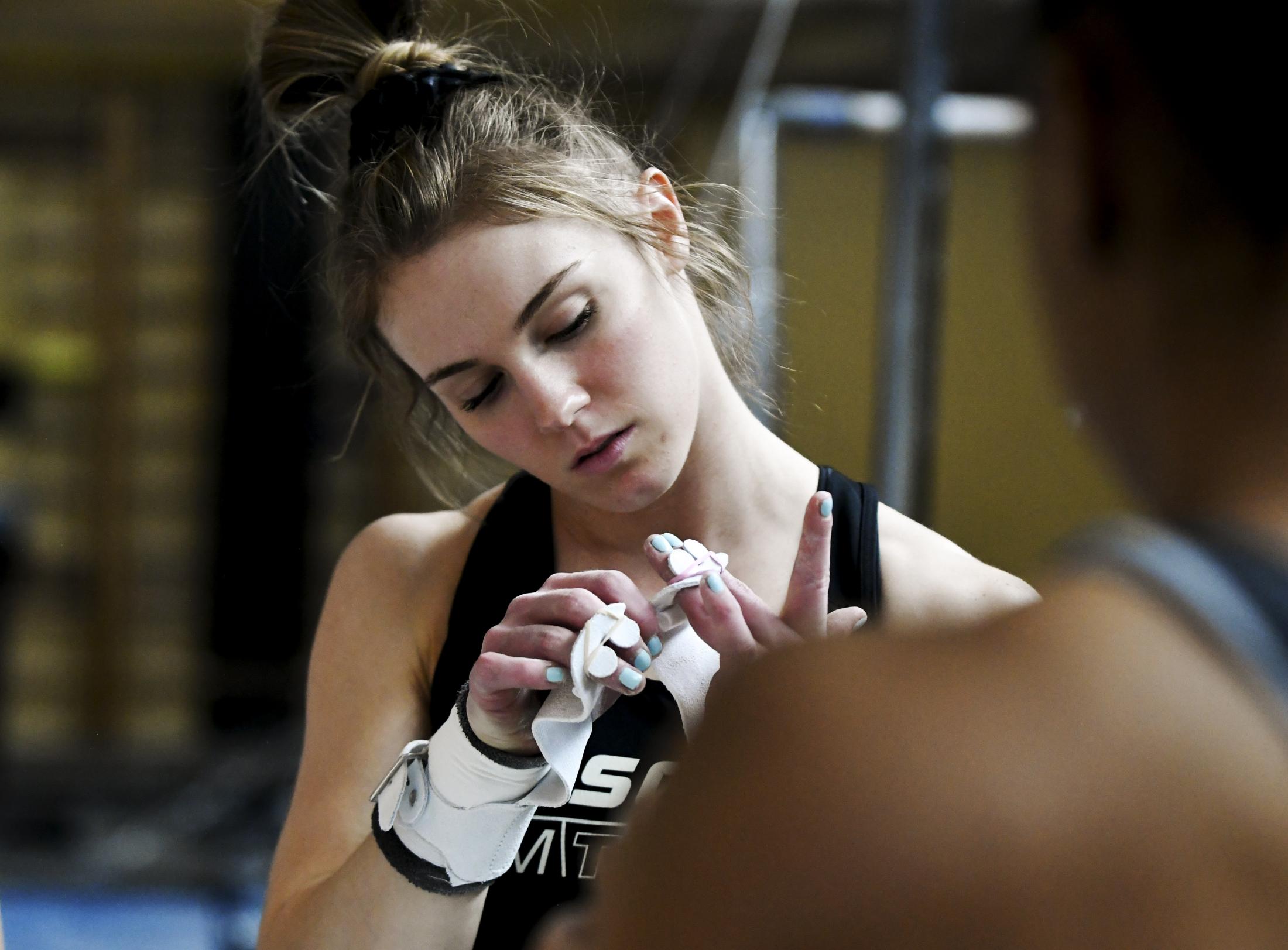 MU senior Morgan Porter places her grips before practicing her bars routine on Thursday, March 5, 2020, at Tiger Performance Complex. Porter scored 39.475 in the all-around at the NCAA Regional. 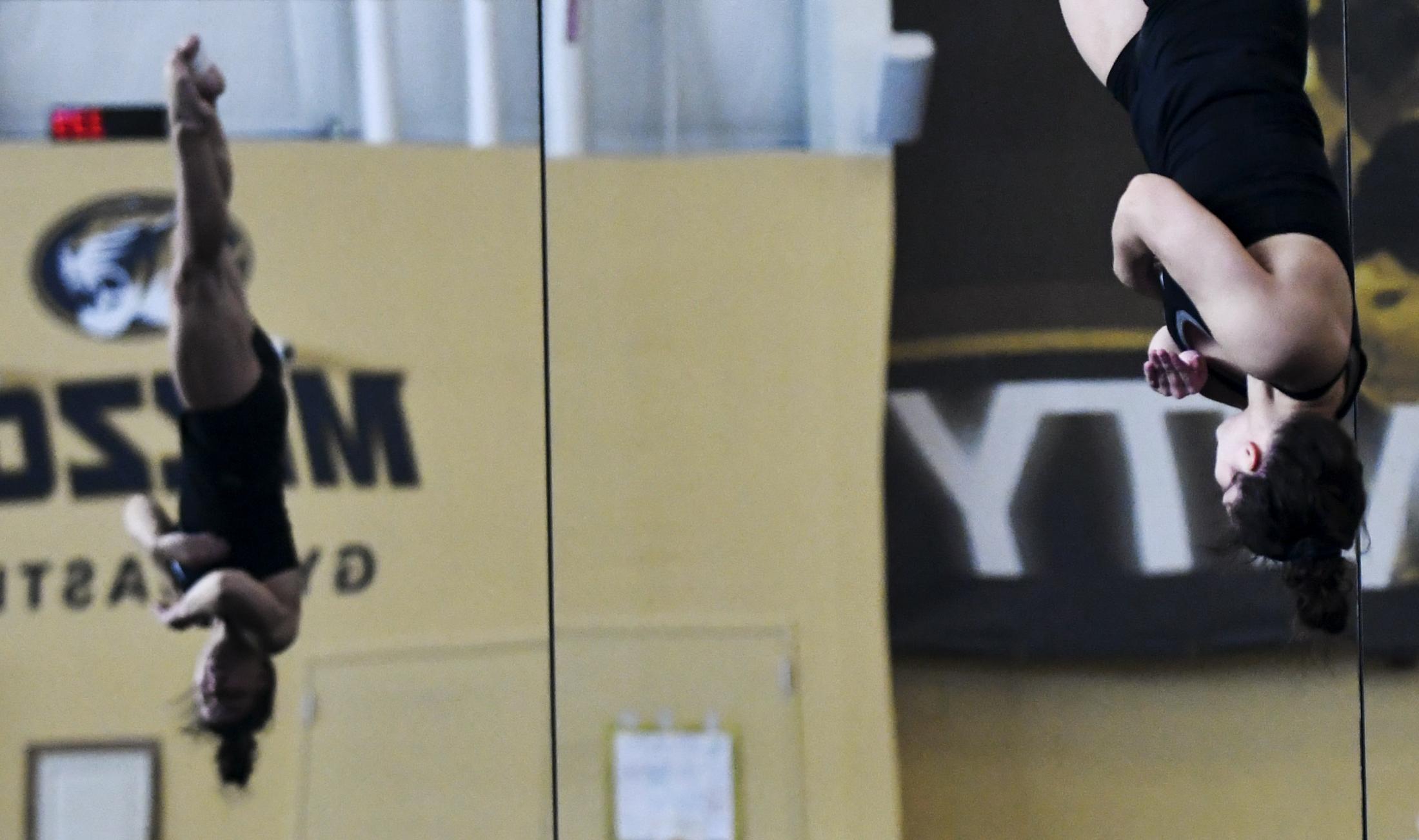 MU senior Mary Nicholson practices her floor routine on Thursday, March 5, 2020, at Tiger Performance Complex. Nicholson scored her career-high of 9.900 on floor in 2018 at Illinois. 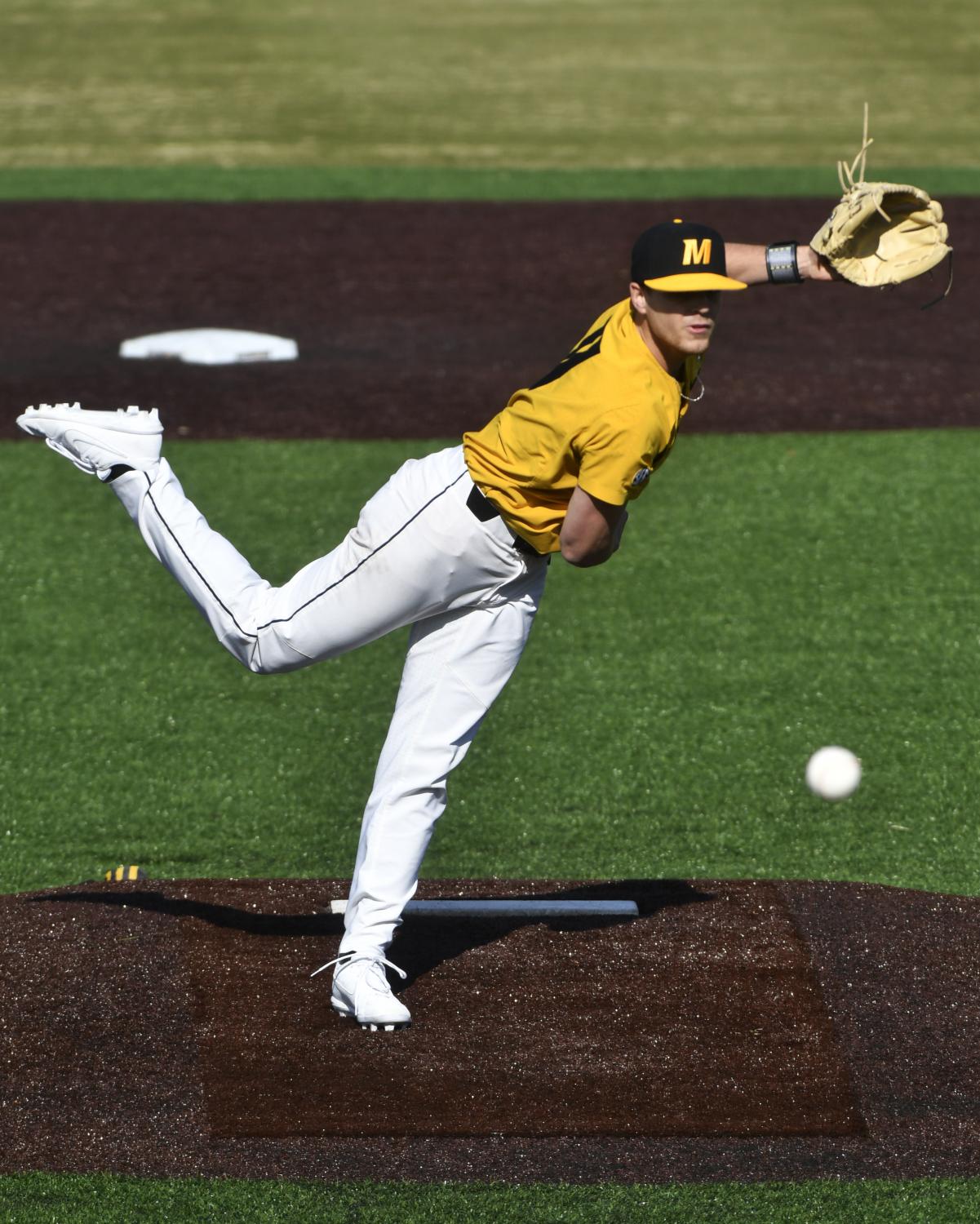 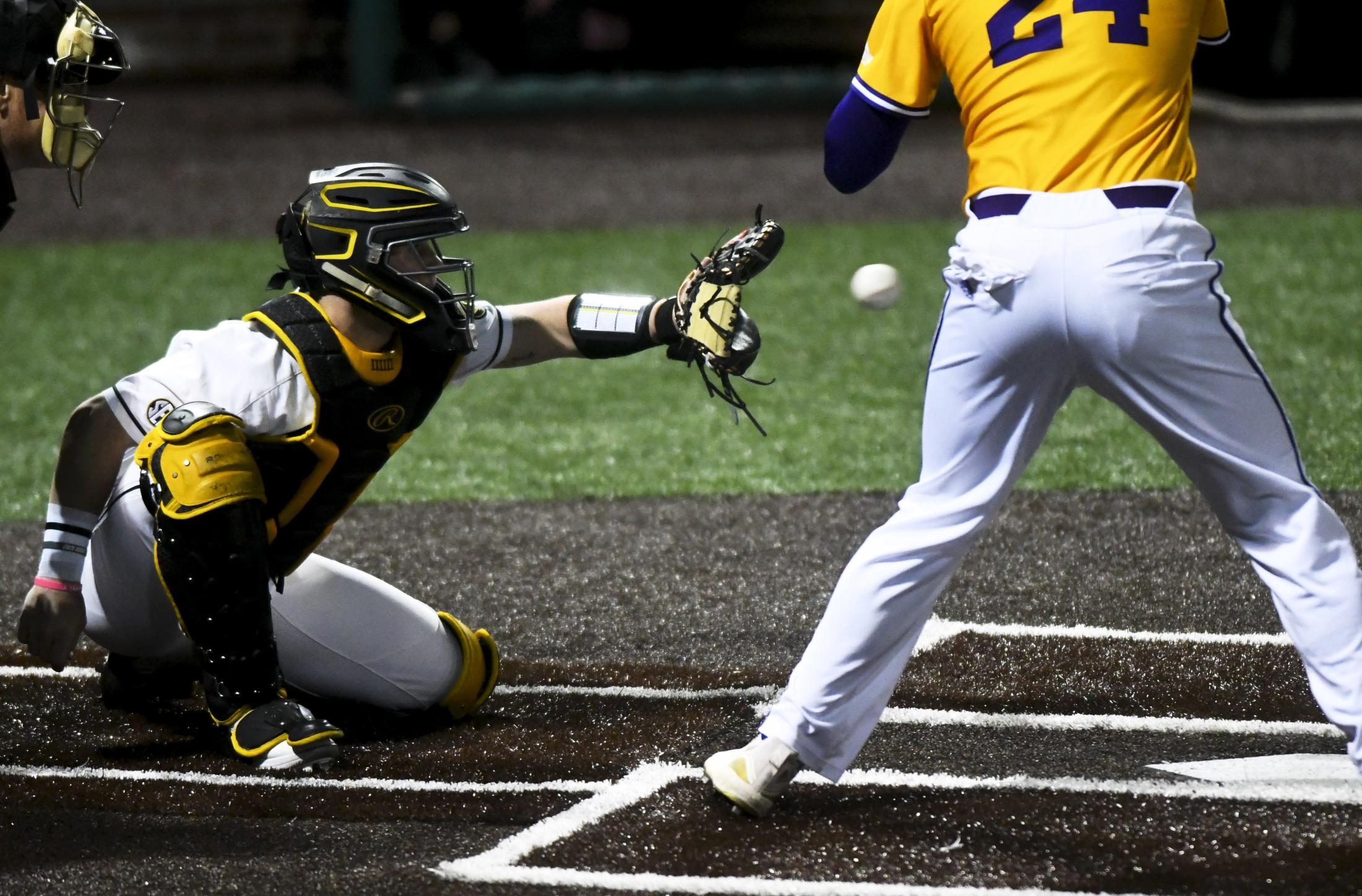 Missouri's Tre Morris makes a catch after the batter missed the pitch on Friday, March 6, 2020, at Taylor Stadium. Morris was rated as No. 2 catcher prospect in Missouri Class of 2018 rankings by Perfect Game. 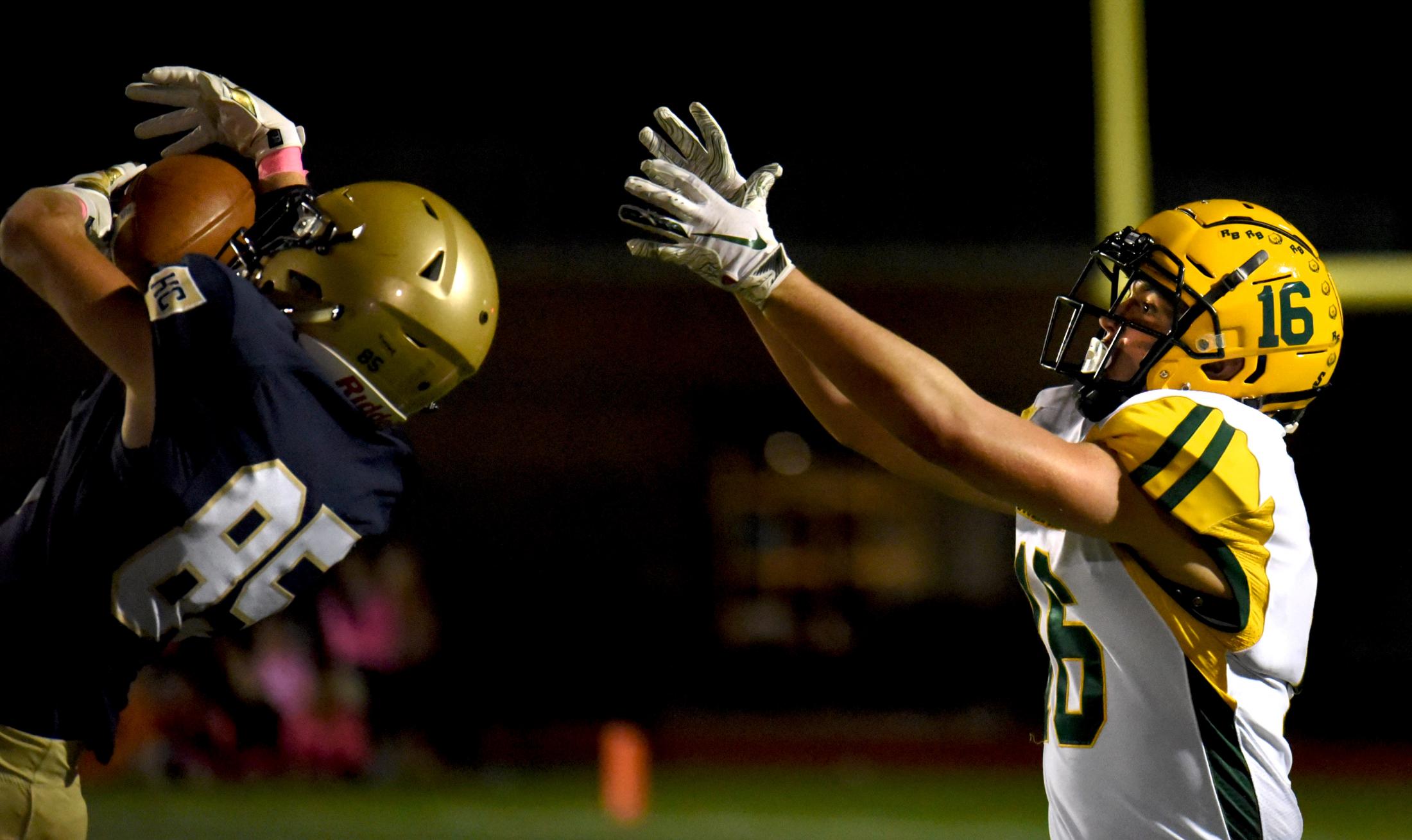